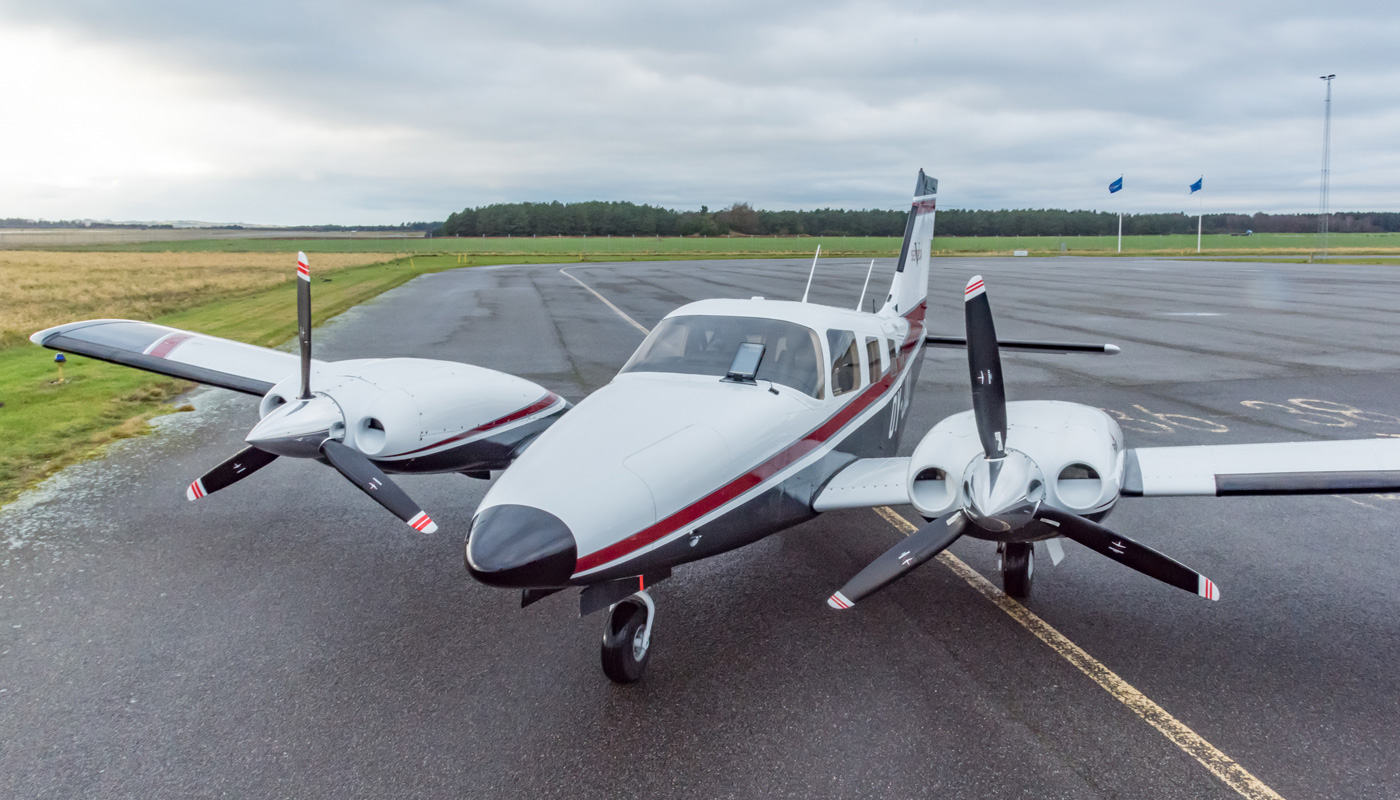 When Claus, the owner of this 1999 Seneca V had to hand in his aircraft for a double engine overhaul, he decided to give the cockpit an upgrade, making it ready for the future requirements of European airspace, by adding a bit of glass to the cockpit and LED lights in the landing gear and wingtips.

The Engines on a 1999 Seneca V are the trusted and tested Continental TSIO-360-RB models with 220 HP each. The six cylinder engine has a TBO of 2.000 hrs, and as this aircraft had reached 1950 hrs it was time for the engine overhaul. When you overhaul an engine, you have two options. One, you can have the overhaul done by a local certified maintenance facility, which might improve the AOG time due to less shipping, but the price is normally the same as a factory overhaul.

The second option is to have the engines shipped back to the factory and have the OH done there. The price tag on a factory engine overhaul is 85.000 USD per engine, then on top of that, comes the cost of shipping and installation. The timeline for an engine OH at the factory is minimum 8 weeks so there is plenty of time to get some additional upgrades done on an aircraft.

The GTN 750 combines the GMA35 Audiopanel and the GTX 345 Transponder into a single unit. Having these functions in one place makes it very easy and intuitive to operate. The GTN 750 has touchscreen, moving map and allows you to fly WAAS/SBAS LPV approaches down to 200 foot minimums while displaying charts, weather and much more. Furthermore, the GTN 750 complies with the equipment requirements for P-RNAV and B-RNAV/RNAV-5 operations, which is becoming more and more used in the large European airports, such as Schiphol where it is a requirement. The last item that was replaced was the GNC 255A Com/NAV, adding the second 8,33 kHz radio.

All in all, 45,000 USD was used on new avionics, plus the extra costs for installation.

Images of the cockpit before and after

Lighting up the Runway

While the Avionics was the main priority there was also time to give the aircraft a visual edge, so the owner decided to give the wingtips and landing lights a second century LED installation. The LED lights never need to be replaced and the light is much stronger than normal light sources.

If you have doubts about the future airspace regulations, we have written an article a while back, you can read it here.

And you can read more about the Seneca V, since we have it for sale here.

Garmin gets FAA green light for NXi on Meridians

Things are happening here in Denmark! Even though the corona virus has slowed things down…